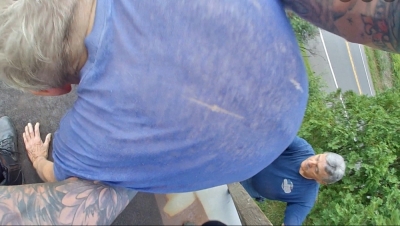 BLOOMINGTON, N.Y. — A fire that damaged a stone house in this town of Rosendale hamlet probably was the result of renovation work being done there, the Bloomington fire chief said Monday.Joe Haf...
➜
News
Structure Fire on Marcott Road in Cottekill

COTTEKILL >> A Thursday morning fire on Marcott Road in this Marbletown hamlet burned out a family of four and left a firefighter injured, according to the Cottekill fire chief.

The blaze at 260 Marcott Road was reported at 1:12 a.m. and caused “extensive damage” to the 1,900-square-foot wood frame home at that address, said Chief Brad Fiore.

Eight fire companies responded to the scene, according to an online report.

Fiore said the fire apparently was caused by ashes from a wood-burning stove that were discarded to close too the house.

He said the four people who lived in the house had gotten out safely before firefighters arrived. He did not provide the names of any of the family members but said they were being relocated by the Red Cross.

Fiore also did not identify the injured firefighter. He said the man twisted his back and was hospitalized but was expected to be released later Thursday.

The chief said the fire was extinguished in about 45 minutes but that firefighters remained at the scene until 5:45 a.m. to watch for flare-ups. 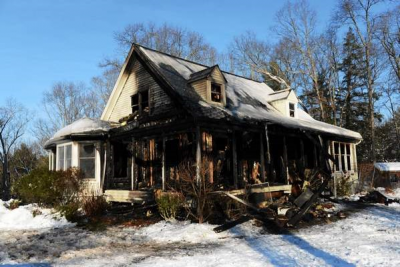 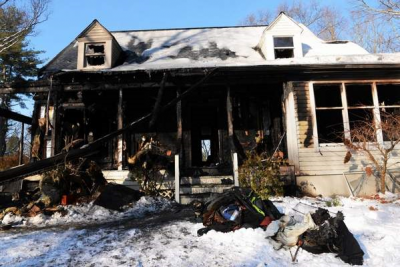 Bloomington - George J. Moylan Jr., 61, of Linwood Court died Saturday February 15, 2014 at Vassar Bros. Medical Center in Poughkeepsie after a valiant two year battle with lung cancer. He was born in Kingston October 19, 1952 a son of the late George J.
➜
Structure Fire on Rte 32 in Tillson at Wineracks building

Thanks to Coldenham Ex-Chief and Firefighter/EMT Fred Sylvester for alerting us to the recent photo and story about the old rescue truck R-18-42 we sold to the Coldenham Fire Dept. years ago. Here is a link to the story with photos along with the text:CLICK HERE: FOR ACTUAL LINK TO STORY AND PHOTOS ...
➜
Structure Fire on Marcott Road in Cottekill

Cottekill fire causes ‘extensive damage’ to homeBy Freeman staffPosted: 12/19/13, 12:30 PM EST | Updated: 44 secs agoCOTTEKILL >> A Thursday morning fire on Marcott Road in this Marbletown hamlet burned out a family of four and left a firefighter injured, according to the Cottekill...
➜
We mourn the loss of Ladies Auxiliary President Estelle Hafner

Bloomington - Estelle M. Hafner 'Stelle'. 74, of Greenkill Road, died Wednesday September 5, 2012 at Benedictine Hospital in Kingston with her loving family at her side after a 6 year illness with cancer.
➜
CHIEF HERBERT FAUROTE PASSED AWAY WED, JUNE 23, 2010 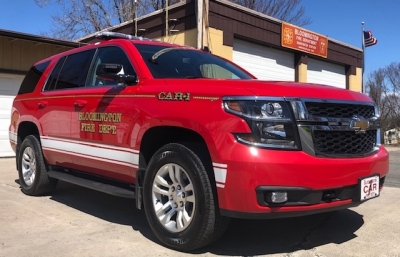 This site has been viewed 288,967 times.
Calls
News
Events
Pictures
Apparatus
Maintained by the members and staff of Bloomington Fire District. Designated trademarks and brands are the property of their respective owners. Copyright © 2006-2022. YourFirstDue Inc. All Rights Reserved. Content on this web site is supplied by Bloomington Fire District. YourFirstDue Inc. cannot be held responsible or liable for any content, text, pictures, or any other media found on this web site.
Management login
Powered by